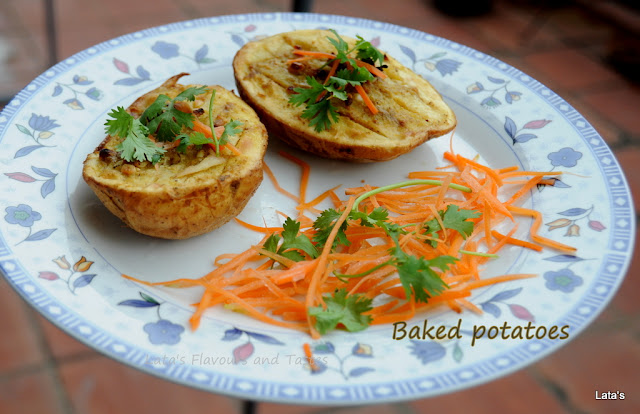 Two mails that made us so delighted and at the same time humbled awaited me in my yahoo mailbox that I have been considering deactivating as we get loads of spam mails there. However this one was not. This was from the children of our  Chennai neighbours inviting us to be part of the joyous occasion of the 80th birthday celebrations of their father. We were very touched because after the initial few years of exchange of mails and occasional visits to their home when we visited Chennai, we had not kept in touch.
The parents had been very kind and caring for me and my daughter when we were alone in the apartment. Now that there is a milestone occasion and they had thought about us was very touching. thank you God for such people who we were lucky to have associated with.
The other mail was from a neighbour again. A mail forward with loads of information oh food and health  with an attachment titled Encyclopedia of food, knowing well that I might like to read and follow the tips given there. Added to that they wanted to share news of  them awaiting to become grandparents to a grandson sometime later next month.
The many pages attached discuss nutritional facts and how to effectively use them and what health benefits can be achieved and so on. It also had few good recipes that can be cooked easily at home. I bookmarked some salads and fruit dishes and this recipe.


It was sheer chance that I had picked up four large potatoes with the idea of making Harini's accordion potatoes. Now that had to give way for this dish to be tried. I am so glad that I did because these tasted very good and with the size of the potato that was a complete meal with just a very quickly combined salad.
Though I have not followed the recipe strictly as shared therein and made my alterations, I have picked up the idea from that source.
All you need is fairly large potatoes, few pods of garlic, few teaspoons of oil and some garnish and you are ready to go. However, I have added some herbs that were made in a paste and scantily filled in the dents. 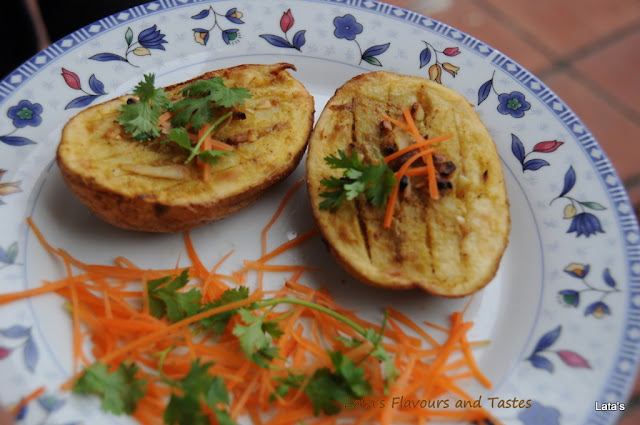 Method:
Wash and scrub the potatoes clean.
Cut them in two halves lengthwise and retain the skin.
Using a sharp knife, run a few deep cuts along the length. (Gently scoop out a miniscule portion off the potato near each cut to enable you to fill with the herb paste and the crushed garlic)
Place the potatoes in a steamer and steam for just a few minutes. You may skip doing this if you would rather only bake. 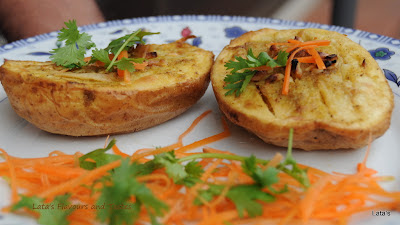 Take off the steamer and allow to cool.
Meanwhile grind the ingredients listed to paste in a coarse paste.
Rub the salt on the top surface of the potatoes. Gently prise open the dents a bit and fill with the crushed garlic and the paste.


Pre heat the oven to 220 Degrees Centigrade.
Brush the potatoes with the oil and place them in a baking tray. Place a bowl of water in the oven while baking to help the potatoes to retain the moisture.
Bake for about 45 minutes until they are golden all over.
Remove from the oven and garnish with some sliced carrots and parsley.
Serve with a salad as an appetizer or you may choose to have it as a light meal with a bowl of soup.